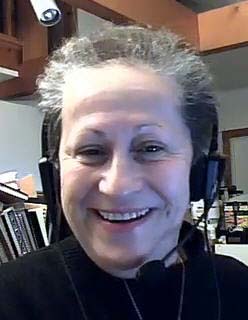 What’s in a name?

There is a sleep remedy sold on Amazon.com called Sleep Rescue. People are buying it: sleep is a big problem in this busy, buzzing with messages, videos, emails society.

People are buying it. The reviews are all five-star. Admittedly the ingredients are water and some alcohol… and energies.

Is this some kind of Placebo effect? Mass hypnosis?

I travel to Syracuse, NY to investigate. One foot of snow… the car slides until I decide to climb the hill.

The woman behind Energy Remedies by Sophie is called Sophie Benshitta Maven. She is a small sixty something woman with short cropped graying hair. I ask about the name. Maven, she says, is someone who is in the know… beyond worldly knowledge. Yeah, right.

We talk. She tells the story how these remedies were born… The Sleep Rescue on Amazon.com is not the only remedy she makes.

I watch her face. I turn off the sound. She would be a great silent movie actor: her facial expression changes in our conversation every few seconds, fascinating. She speaks with a Hungarian accent. Sorceress comes to mind, but then I start to listen.

As she speaks I start to hear Alchemist. Alchemists change the inner workings of matter, change lead to gold, if the tales are anything to believe. But she comes closest to Alchemist.

She shares that she doesn’t invent anything. Inventors have a more vivid imagination than she has. Instead she is an avid reader. Loves Neal Stephenson and his futuristic fantasy novels. She watches television series on Netflix: she learns what other people think possible, to find things to innovate on, to find things to convert to other uses…

She is an empath, she says, and I raise an eye brow at that. She feels what other people feel, she says, and I have a sudden pressure in my solar plexus: I don’t want her to feel what I feel. But she does… she describes it accurately. She also tells me that I have a headache, which I do… on the left side just above the ear… accurate again.

I feel I have heard enough. Instead of doing investigative journalism to uncover fraud and deception, I am under the microscope, so to say.

But I want to try those energies she talks about, so I stay. She closes her eyes and I can see as her eye balls roll up behind her eye lids. She is wearing no makeup…

I settle into my chair and wait. Nothing is happening. I feel I caught her red-handed in perpetrating fraud… But she opens her eyes and says: how is your headache? I look in my head but no headache. How is the tightness in your throat? she asks. I look… no tightness. Sorcerer, I think again, but this time I chuckle. I feel happy, even giddy.

I have had that headache for weeks now. And it’s gone, just like that.

I am either a true believer or I was deceived. You decide. Try her calls. Try her remedies. The other one is called Effortless Abundance, and seems to remove the blockages to doing the things that make life interesting, enjoyable, and make you happy.

Most energy remedies don't work, because the energies are imaginary. But Edward Bach, an early 20th Century British physicist was effective in recognizing the energy hidden in the personality of plants... and when he created the Bach Flower Remedies, he was revolutionary in that step. Since then I have taken it a few steps further: I can now download the energy of the attitude of a plant, and I can put all 38 plus two I discovered in the same remedy. They don't conflict. They actually work synergistically. Whatever you need, whenever, your body responds to. On the feeling level. Where it matters.

Let me check your vibration

I'll muscle test your vibration while I am connected to you AND Source...

Let me measure your vibration

Register to Get the FREE Healing Modality report

The water energizer audio makes your water COHERENT to make it compatible with your cells. You'll raise your energy while you'll need a lot less water to stay hydrated. Less trips to the bathroom, and a much higher quality of life. Click here to learn more

Heaven on Earth: Peace of Mind in a Bottle: Energy Medicine

Remedy comes in a bottle, enough for about 4 weeks.